The body of a human is crawling with a plethora of different strains of yeast and bacteria. However, don’t panic just yet. That happens to be very normal. You need to remember that your digestive tract alone contains over two pounds of bacteria. This bacterium when properly balanced is usually essential for good digestion as well as the promotion of nutrient absorption. But, when an unwanted visitor steps into the equation, then you might have some problems arise. Parasites usually range from organisms that are microscopic and can’t be spotted with the naked eye to gigantic tapeworms that are several feet long. Both of these can enter the human body in very many different ways.

Below are some natural and effective ways of getting rid of these parasites.

Apple Cider Vinegar is loaded with plenty of B-vitamins, which makes it fantastic for nourishing the human body. Not only can it lead to an improved digestive system, but it can also help
support natural pH levels. This type of vinegar has proven particularly effective when it comes to eliminating the presence of parasites. The recommended dose is usually one teaspoon full three times a day.

Aside from being a delicious spice used for cooking sumptuous meals, cinnamon also happens to provide a wide variety of some great health benefits. This spice, alongside ginger, has managed to prove itself a natural remedy against some specific types of parasites. Mixing cinnamon and ginger together in your smoothie or cup of tea can be a good way of getting your regular daily dose. But, ensure that the smoothies being used lack dairy, so as to allow for quick intestinal recovery.

Probiotics are part of some of the “good bacteria” we had mentioned earlier. They help in the restoration of your system’s healthy gut bacteria that may have been eliminated by antibiotic use or parasites. In fact, this bacteria happens to be very essential when it comes to restoring the flora in your intestines, even after the removal of a parasite. However, if you’re also using apple cider vinegar, take them within about an hour of taking the vinegar.

One substance that’s excellent at supporting the body’s immune system is Vitamin C. But, that’s not all. It also happens to be a considerably powerful antioxidant as well. Unfortunately, what many people aren’t aware of is that most vitamins are extremely useful when battling a parasite problem. At www.microbeformulas.com they try and reveal to the world the true power of a natural detox. What most experts say is that if you’re suffering from some parasite symptoms, then you should consider ingesting around 4 grams of Vitamin-C daily until your symptoms clear up. Although, it’s vital you remember not to take them if you’re taking calcium or magnesium as well because this could lead them to neutralize each other.

Natural anti-fungal remedies don’t come much better than coconut oil. It’s a perfect example of this. It also happens to be highly nourishing for your body as well. If by this point you still aren’t utilizing it in your everyday cooking then you should consider the addition of a few spoonfuls into your daily diet plan in order to help you promote a good digestive system. It can also help support the reproductive system as well as your body’s hormones.

One of the most valuable substances you can ingest when it comes to battling parasitic infections is, without doubt, pumpkin seeds. It had to make an appearance on the list. Having the ability to indirectly kill tapeworms, among several other types of parasite, any natural and effective parasite treatment should definitely feature some form of pumpkin seeds in it. In fact, these seeds should form a very essential part of the whole natural cleanse in general.

Some berries have been known to be a traditional remedy against certain types of intestinal parasites. Not all of them though. Furthermore, it’s important to note that you have to be a little cautious when consuming berries as a natural way of fighting off parasites due to their high sugar content. This high sugar content could help work against you.

Of course, natural parasite treatment happens to be much more than just what foods you should be including in your diet. It’s also about knowing and eliminating the dangerous foods from your general diet as well. However, knowing what you need to include in your diet is a pretty good start. As frustrating and annoying as a parasite infection can be, don’t worry too much. It’s something that’s completely manageable. Hopefully, this article has shown you a few ways of how you can go about the whole situation.

Zubsolv® Now Launched in the EU, Which Triggers a EUR 3m Milestone Payment to Orexo

How To Live A Healthy Vegan Lifestyle

What are the safety precautions in a construction site?

5 tips to prevent cross-contamination at your restaurant 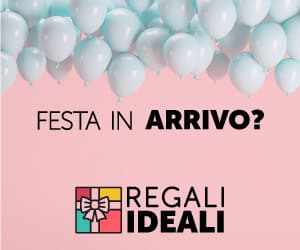